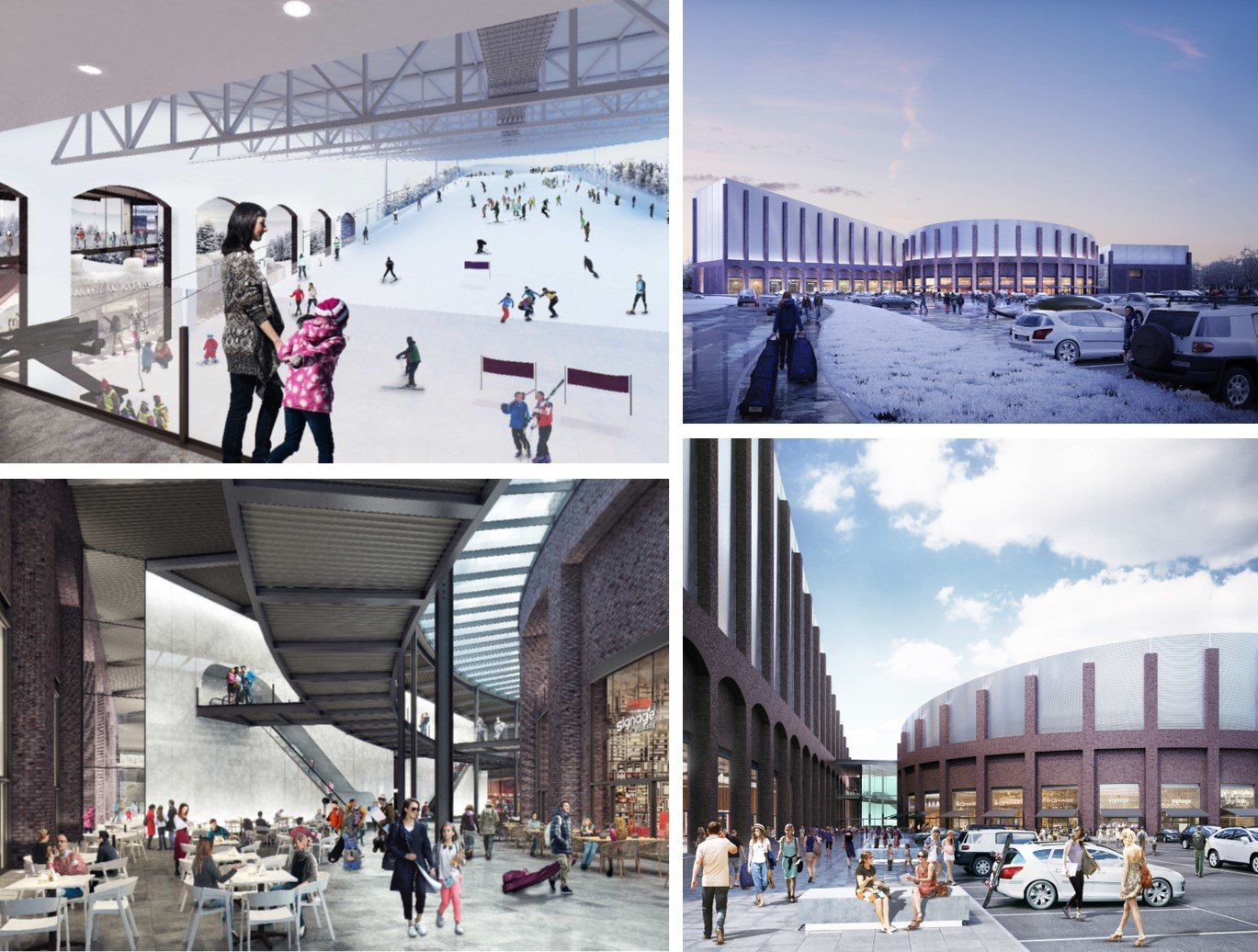 CGIs of the planned North Star development in Swindon
Plans to build a 500,000 sq ft regional leisure scheme in Swindon have been given the go ahead, just four months after SevenCapital took the reins on the scheme.

Outline planning for the first phase of the £270 million development, which will regenerate the North Star site, and include updates to the town’s existing Oasis Leisure Centre, has been recommended for approval by the Council’s Planning Committee.

The development is set to be one of the largest of its kind in the UK.

Included in proposals are a 2000 square metre snow and ski centre, along with a 130-bed hotel, a 14-screen IMAX cinema with the largest IMAX screen in the UK, a new Hollywood Bowl and a number of other leisure attractions including trampolining and climbing. This will all be supported with a large number of new restaurant and retail units.

John Watkins, Director at SevenCapital, said: “This is the first and most important step to delivering this much-anticipated scheme for Swindon. Now we have outline planning granted, the work really begins on getting all the detail filled in ready to submit detailed planning in the New Year, after which we can get to work on making this project a reality.”

A lot of work has gone in to get to this point and I am delighted the Planning Committee has given its blessing to the outline plans. I know SevenCapital is eager to get on and deliver this fantastic scheme for Swindon, which will really put us on the map and provide a huge boost to our already booming local economy.
Cllr Garry Perkins, Swindon Borough Council’s Cabinet Member for Regeneration